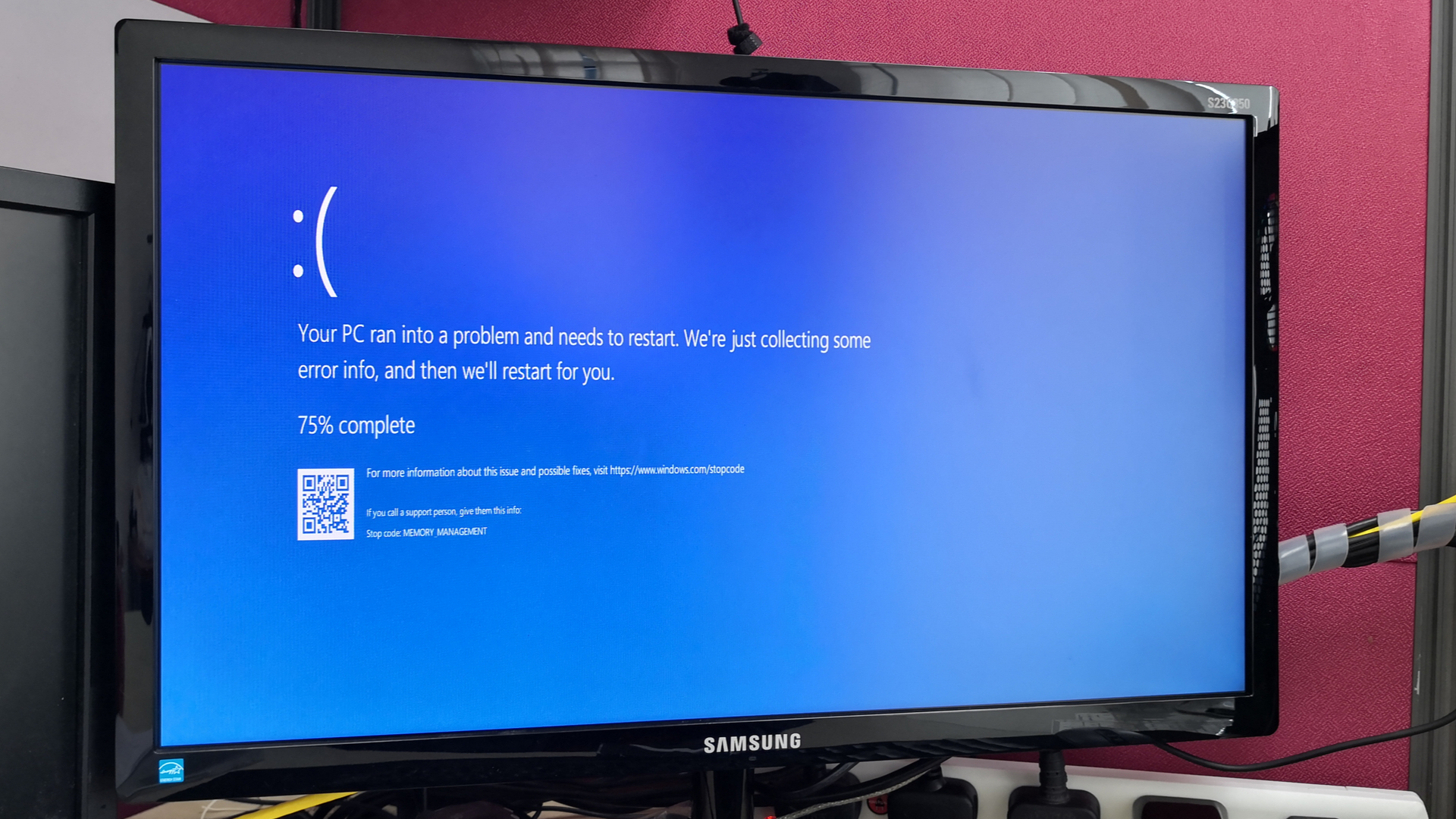 Microsoft has issued an out-of-band patch for a blue screen of death (BSOD)-causing glitch introduced with the release of this week’s round of Patch Tuesday security fixes.

Some users have reported their devices crashing following the latest update, according to Windows Latest. Dubbed KB4601315, this round of fixes rectified 56 security flaws in Windows 10, including a critical zero-day vulnerability affecting the win32k component, being actively exploited by hackers in China.

Microsoft acknowledged the rollout of KB4601315 caused the BSOD to appear for a handful of users, revealing that devices stopped working when users attempted to connect to a Wi-Fi network through the Wi-Fi Protected Access 3 (WPA3) protocol.

Users will encounter “stop error 0x7E in nwifi.sys” when they attempt to use a WPA3 connection, the company confirmed. The emergency update, dubbed KB5001028, has now been released and should address the issue.

WPA3 is the most recent version of the security standard for wireless networks, introduced in January 2018. This added a number of improvements to security over WPA2, including stronger encryption and mitigations against weak passwords.

The Windows 10 bug caused by this week’s Patch Tuesday update should not affect too many devices considering WPA3 has yet to be adopted in the mainstream. Many devices with WPA3 support have been manufactured, but organisations and individuals across the world haven’t yet necessarily changed their WPA2 networking equipment.

Although the WPA3 standard isn’t as widely used as it one day will be, Microsoft still deemed this bug severe enough to release an out-of-band fix, something the company only does in emergency situations.

Previous out-of-band updates have normally been issued to fix critical flaws that render Windows devices vulnerable to exploitation by hackers.

The business guide to ransomware

Everything you need to know to keep your company afloat

The total economic impact of IBM identity and access management

When workers need to get things done in a dangerous locale, sometimes they have to be distant. It creates plenty of cybersecurity hazards. We spoke with one expert about how ...